Startup Mileus, who wants to change transport in cities, receives an investment from DEPO Ventures

The Czech startup Mileus, founded by Liftago co-founder Juraj Atlas, combines taxi and public transport. It brings an overall improvement in the traffic situation in major European cities and makes it easier for people to commute. 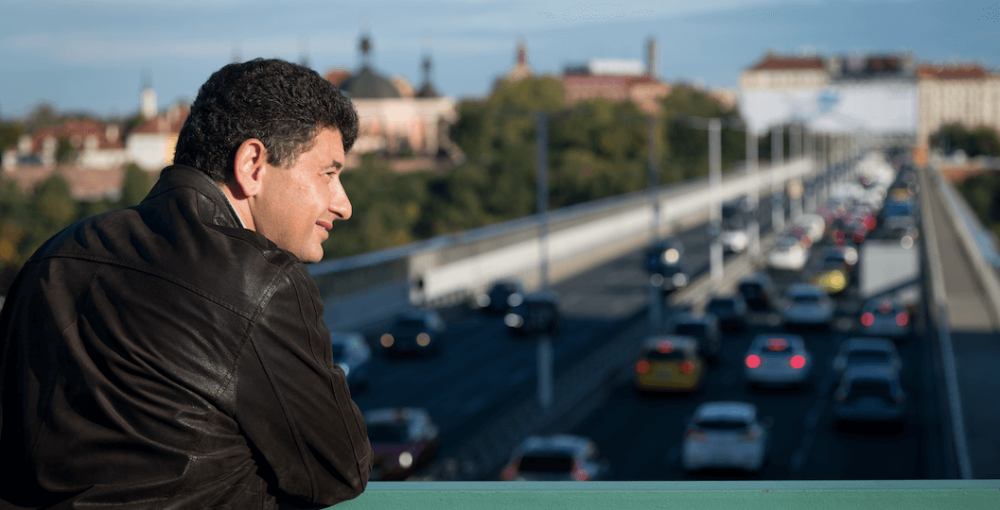 Residents of the suburbs will be able to leave their cars at home. For further development, it now receives an investment of 100,000 euros (more than 2.5 million Czech crowns) from the angel fund Grouport of the DEPO Ventures investment group. Mileus was ranked in the TOP 10 Government Tech Startups Europe 2020 and selected among the TOP 5 Intermodal Mobility Solutions 2021 by StartUs Insights.

"Mileus is a visionary project that has the ambition to change traffic in big cities, which drivers stuck in traffic will greatly appreciate. It is a growing global problem that affects each of us, and disruptive systemic change is inevitable. We believe that Mileus has all the prerequisites to succeed. We rely on a visionary founder who has extensive experience and success in the industry, and therefore, we believe that he and his team will succeed. Personally, I like the project because it has enormous business potential and at the same time high environmental impact. This is exactly the type of projects I want to support,” says Jan Krahulík, partner of the angel fund Grouport.

Mileus technology enables the planning of shared transport services, such as taxis, and ensures their real-time connection to public transport. The aim is to offer an alternative to inefficient individual car transport, which is often issue for people from the suburbs.

"It turns out that modern taxi services have not helped to relieve the cities of private cars. According to surveys, the taxi services have a rather negative impact on cities because they pull people out of more sustainable forms of transport, especially from public transport (MHD). Therefore, we were looking for a way to mitigate the negative effects of modern taxi services and at the same time bring them the necessary opportunity for growth. With the pandemic, we also have a new opportunity for urban mobility to innovate effectively and change the way we commute. Mileus will be more comfortable than public transport and cheaper than a taxi, "says Juraj Atlas. 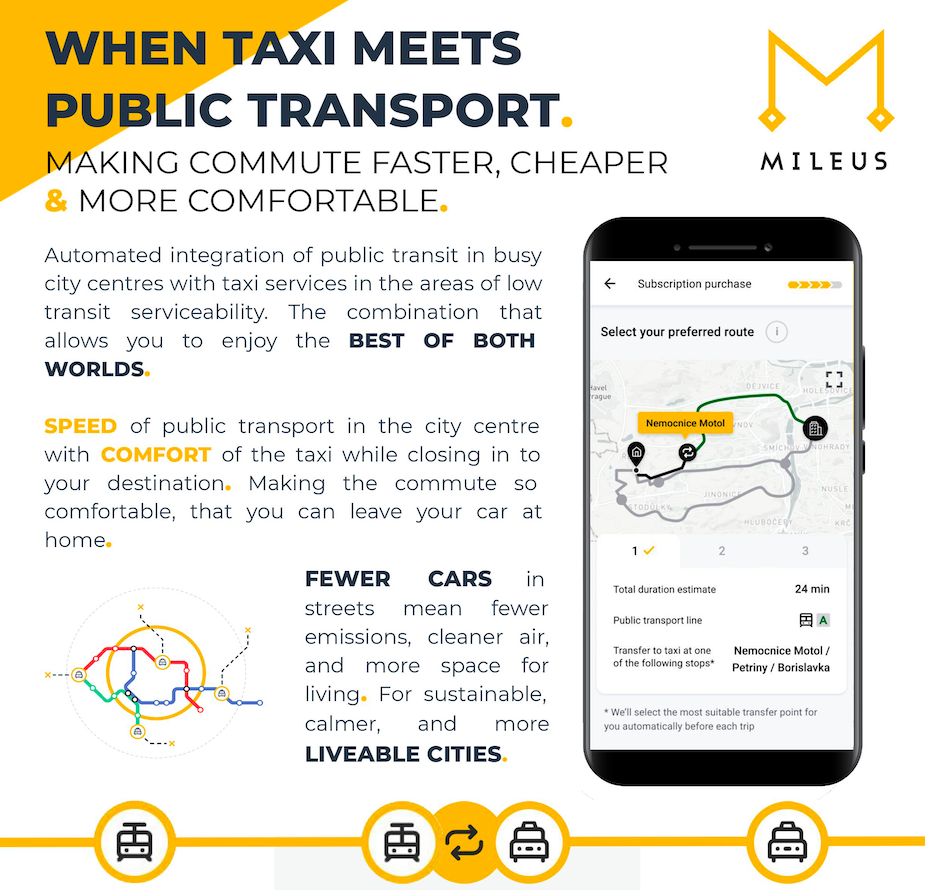 "The system plans a trip using public transport where it is faster than the car and advises you to change to a taxi when it makes sense to change. "It's not just about planning a trip. The user has the option to order the entire combined ride directly. The transfer taxi will be waiting for him at the stop,” explains Juraj Atlas.

Thus, Mileus combines the best of both worlds - the speed of public transport in the city and the convenience of a taxi on the last part of the journey. Road sharing will not only relieve crowded transport infrastructure but will also offer freedom to the passengers themselves who are not tied to their car.

"We are excited about the investment and collaboration with Grouport and DEPO Ventures and I believe it will help us bring sustainable and comfortable commuting to major European cities. It has huge potential to replace many private cars, so we all can better breathe and live. The investment is going to support the launch of our pilot with a combined transport operation, which will start in the coming weeks.” describes plans Juraj Atlas

"Mileus's investment round is still open, and part of it will be a syndicate for angel investors, which we are currently preparing," adds DEPO Ventures partner Petr Šíma.

Mileus launched two analytical pilots on combined transport. In Prague with Liftago and in Bratislava with Hopin. The startup also has a contract with ČSOB in Prague and is preparing a project in the United Kingdom, which is in the final stages of negotiations.