We are approaching the end of the year 2021 with great news for the European tech sector. According to the latest Atomico report on the State of European Tech 2021, Europe is solidly positioned as a global tech player in 2021, with a record $100 billion in capital invested, 98 new unicorns, and the greatest start-up pipeline in history, now on par with the US. 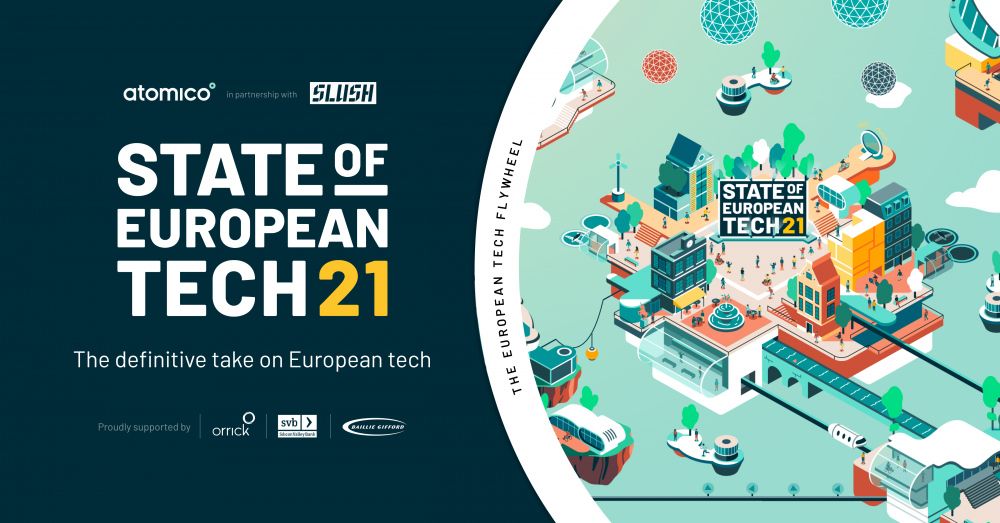 Europe is waiting for a golden decade

The end of the year is approaching, which means that Atomico has published its seventh annual report on the state of European technology companies. In other words, the world of European startups and venture capital. This time it's a good read, full of information, opinions, and hard data. Perhaps 500 graphs, which are generally filled with optimism. All indications are that Europe has a golden decade ahead of it, at least in terms of technology startups.

Investing is growing. A lot

Dealroom.co estimates that the volume of investments in 2021 will reach $ 120 billion. This is three times as much as last year. This is mainly driven by the so-called mega rounds of larger startups (eg Revolut, Northvolt, fintechy N26), whose investment rounds are more than $ 250 million. It grew by an incredible 900 percent to $ 40.1 billion in the first nine months of the year.

The total value of venture capital in the European ecosystem has tripled in less than three years, as shown in Chart 1. It is worth three trillion dollars. Large European capital is being attracted, but capital from the USA and Asia still predominates by about two thirds. 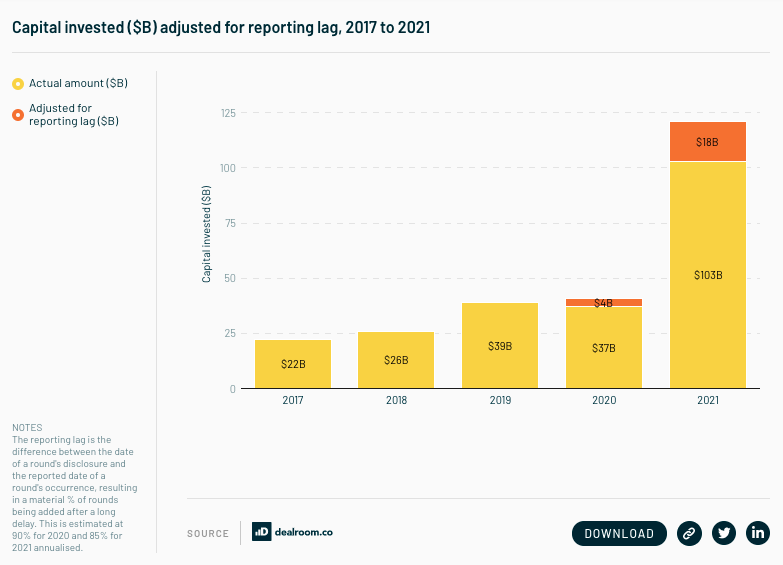 Europe is getting closer to the USA

The share of capital invested in companies at an early stage, ie in pre-seed and seed investment rounds up to five million dollars, is almost the same in Europe as in the USA. It is 33% compared to 35%. In my opinion, this indicator cannot be compared well, because investment rounds in the United States have risen above the set limit of five million dollars. But never mind, the trend is nice.

More and more capital is going to projects that have a positive impact on society and our planet. Eleven percent of the total investment, or ten billion dollars, goes to SDG startups. This is a larger share than the US.

SPAC is taking over Europe

In 2021, fifteen companies completed the SPAC process worth a total of $ 62 billion. Nine of them were in the UK. I believe that SPACs could be a stimulus for the lagging European capital market. After all, they are also preparing for the Prague Stock Exchange.

The most unicorns in history

Five years ago, all unicorns would fit at one table. Today, the table would have to have 321 seats. In 2021, 98 new startup unicorns were born in European stables. This is the largest increase since 2014.

About 100 billion dollars worth of companies are in the UK, 52 unicorns are in Germany and 31 in France. One was born here in the Czech Republic - Rohlik.cz. Also positive is that startups take less time to reach $ 1 billion. The record is held by Gorillas, which became a unicorn in just nine months. The number of so-called decacorns in Europe, a company worth more than ten billion dollars, has also doubled.

Graph 2 shows that there are more unicorns in Europe focused on the B2B market than on consumer B2C. This is clearly related to the fragmented European market. After all, B2B is very similar in most European countries. 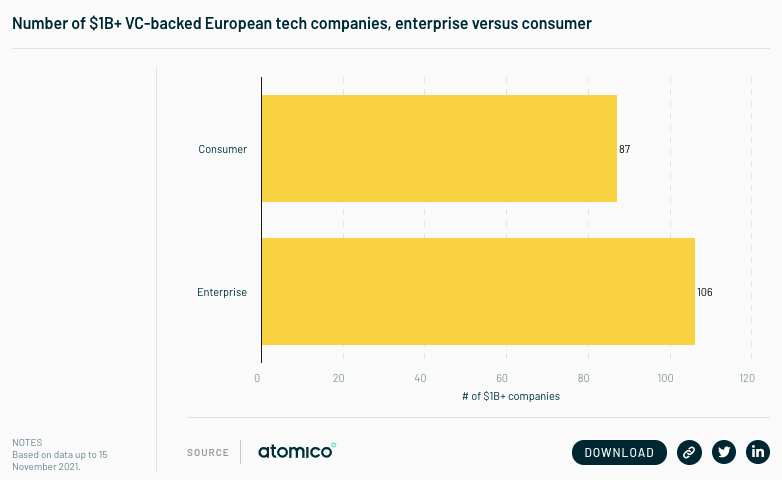 What is the status of individual states

Great Britain, Germany, France, Sweden, Holland. These five countries not only hold the position of leaders in the field of venture capital in 2021, but also their investment volumes are still growing, as shown in Chart 3. For me, Spain's jump to sixth place is interesting. We will see how it affects their GDP. The Czechia ranked sixteenth. London is still the European center of startups, but the number of other regions is also growing. Twenty cities will reach more than $ 1 billion in capital invested this year. Last year it was only four. Although Europe is not as concentrated as the United States with its Silicon Valley, entrepreneurship is growing everywhere, and no one knows where the next unicorn will come from. 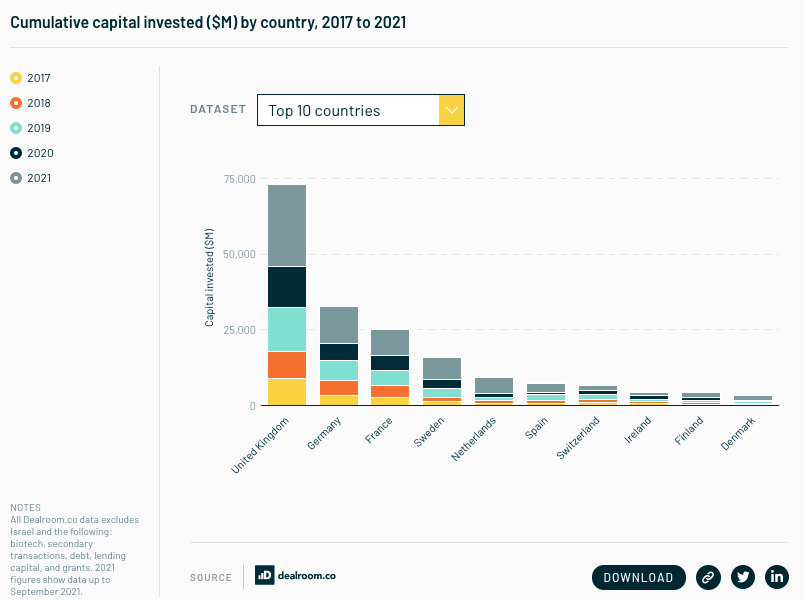 CEE region has the biggest potential

According to Chart 4, only five percent of venture capital investments have been invested in the CEE region, while the population ratio is much higher. The result is that in the CEE region, 31 percent of unicorns were funded without external investment. In the rest of Europe it was seven percent. As a result, Central and Eastern Europe has huge growth potential. If investment increases to the European average, the number of technology companies will increase enormously. The entrepreneurial spirit is undoubtedly here. The time is coming when venture capital funds are aware of this and focus more on this region. 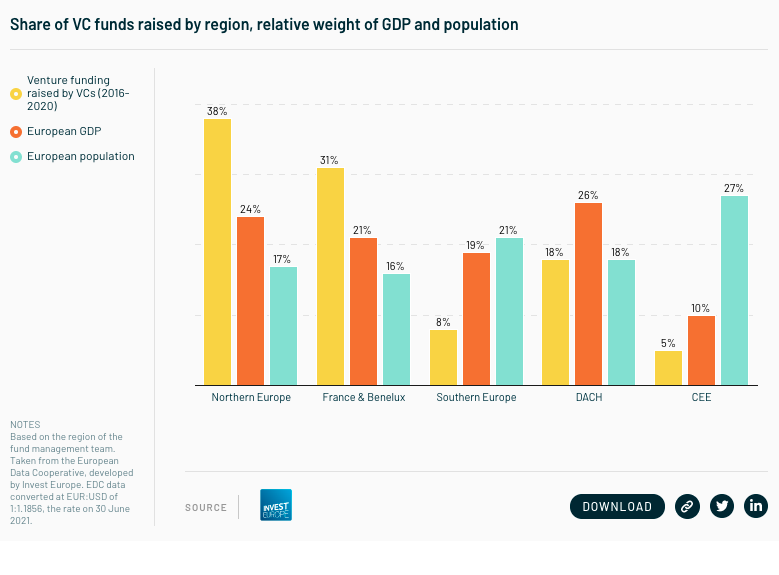 Several parts of the report also compare individual European countries. Our ranking has improved significantly compared to last year - mainly thanks to the Rohlik.cz e-shop. It should be noted that the statistics of the entire region, including the Czech Republic, are distorted by the fact that successful and growing companies usually soon move their headquarters to Britain or the USA. In 2021, $ 361 million was invested domestically. That's more than three times what the previous four years combined. Nice numbers, but we still have huge reserves and opportunities. 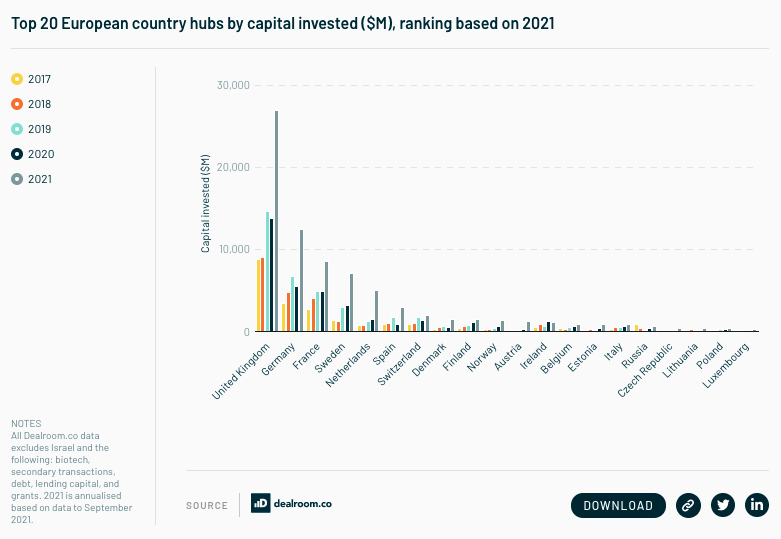 The graph below shows the cumulative investment per capita. The European average is $269 vs $49 in the Czech Republic. 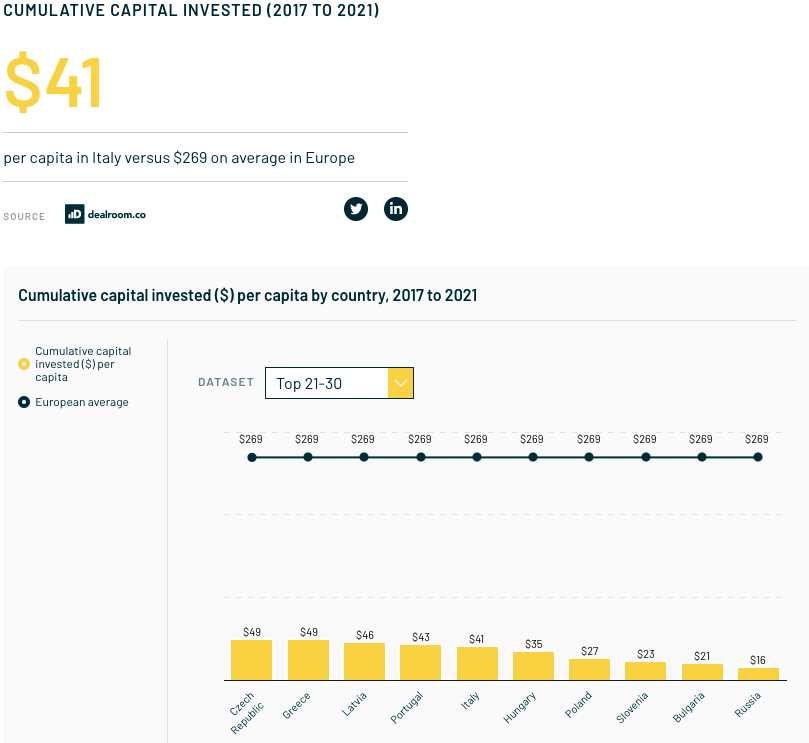 Another graph of the Atomico report shows the number of startups per capita. The most in Estonia, a total of 1107. The European average is 237 and in the Czech Republic it is 131. 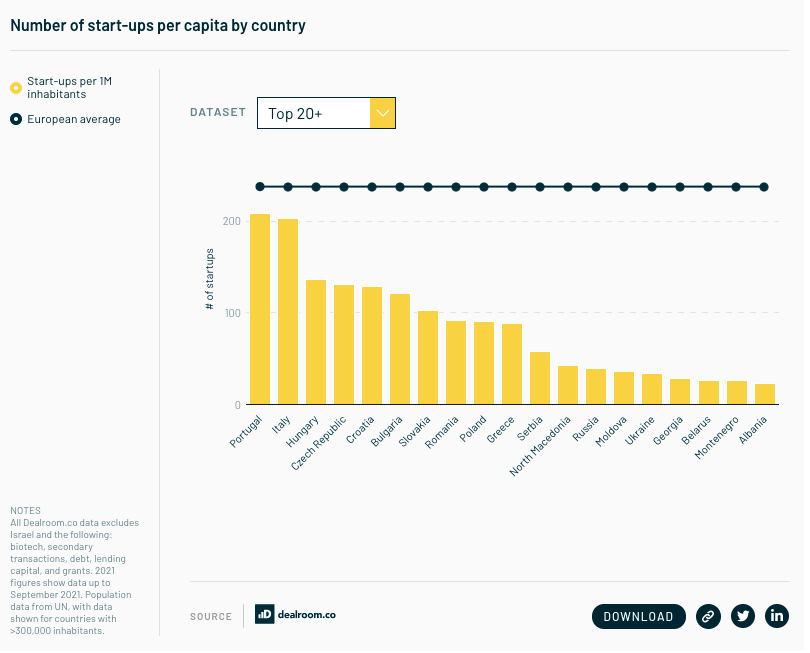 Today, the CEE region is in search of large investors. It can be expected that the volume of investments from abroad will grow, and with it the number and quality of startups. And higher volumes of investment can also be expected from local investors. We in the DEPO Angels Network also see increased investor interest.